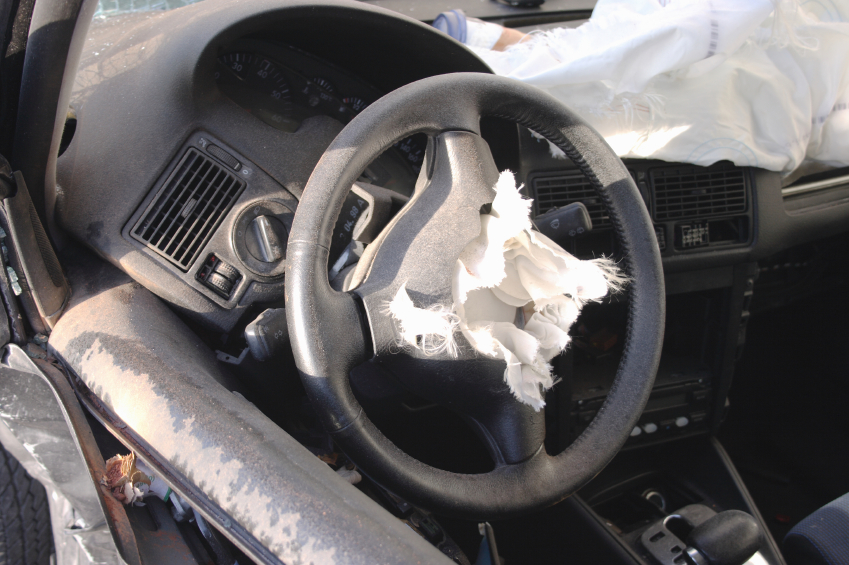 4 of the Deadliest SUVs in a Car Accident Revealed

The Insurance Institute for Highway Safety (IIHS) continually runs safety tests to see which vehicles hold up best in collisions. In one of their most-recent rounds of testing, they performed what’s known as a “Partial Overlap Test” on several new mid-size SUV models. With this test, vehicles are crashed into a pillar which covers approximately 25% of their surface area. It’s designed to simulate what would happen if a vehicle strikes a tree, poll, or another car. According to IIHS’ results, there are four new models you do not want to be in if you’re involved in a Raleigh car accident.

Out of all the vehicles tested, the Dodge Journey performed the worst. All vehicles rely on a steel cage to protect occupants in a collision. When the cage fails, it can collapse and crus the occupant. This is what happened with the Journey, with the cage caving in as much as nine inches in some places. Had it been a real person inside the Journey during a car accident, rather than a crash test dummy, his legs may have become total trapped and he likely would have suffered severe injuries. The parking break literally tore through the dummy’s lower left leg. In addition to cage failure, the impact also caused shifting of the dashboard and steering wheel. Because of this, the airbag was also off center, and offered little to no protection. Overall, the Dodge Journey was rated “Poor.”

The cage on the Dodge Durango also failed, and the dummy was injured in much the same way that the one in the Dodge Journey was. At its worst, the cage collapsed inward a little over 11 inches in some places, and the parking brake also cut through the dummy’s leg. Again, the airbags provided weak protection, though the Dodge Durango managed to secure an overall rating of “Marginal,” which is a step above Journey’s “Poor.”

Although the 2015 Jeep Cherokee was rated “Good” in all other tests, it only received “Marginal” in the Small Overlap Test. In some places, the cage caved inward more than eight inches. In a real collision injury to the lower left leg is possible, and the airbag may not provide adequate protection.

The Hyundai Santa Fe’s protective cage failed, just as the others had. At its worst, it intruded the cabin by a little over ten inches. This caused the steering column to shift, which made the airbag less effective and it also resulted in injury to one of the dummy’s legs.

If you’ve been injured in a collision, it’s important to have an attorney on your side who has the resources and experience to identify all the underlying causes. Numerous factors can contribute to your injuries, as well as to the losses you face, and all responsible parties should be held accountable for the role they played. For a no-obligation consultation, please contact us using our online form, or speak with one of our attorneys now by calling 1(800)610-2546.