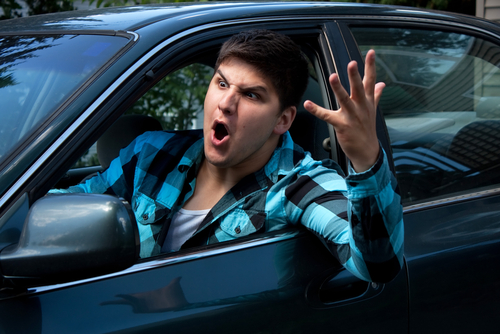 Speeding and Aggressive Drivers Can Be Extremely Dangerous

Speeding and aggression in a motor vehicle comes with an inherent risk of accidents and injuries. Such risks increase when other drivers on the road also act irresponsibly. While some drivers do make mistakes, others purposefully choose to drive dangerously.

If a deliberately dangerous driver causes a mishap, all the victims who are injured have a right to recover losses from the driver.

Anyone behind a wheel can become impatient. Stop lights, slow drivers and traffic can be frustrating, particularly when you’re in a hurry. But it is critical that you don’t let your frustration lead to dangerous, threatening driving behaviors. Aggressive driving behaviors include:

How to Avoid Aggressive Drivers and Accidents

There are some steps you can take to avoid harmful encounters.

What Happens If You’re Involved in an Aggressive Driving Accident?

If you are involved in a collision caused by an aggressive driver or you are run off the road, wait for the authorities to arrive on the scene. They will make a report and issue any necessary tickets for law violations.

Then you should seek a medical evaluation to ensure that any injuries you have incurred are diagnosed and correctly treated.

Finally, discuss the evidence of the incident as well as the other driver’s wrongful behavior with an attorney at Dement Askew who will help you hold the other driver accountable. Always try not to engage aggressive drivers in order to avoid accidents and injuries.