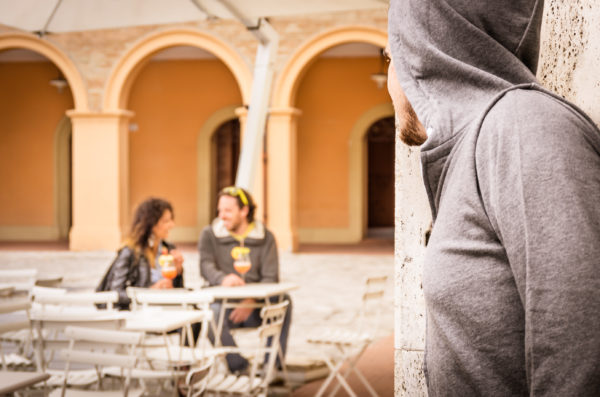 Stalking: Is It a Form of Domestic Abuse?

Stalking is considered domestic violence and is taken very seriously in the state of North Carolina. Courts are diligent when it comes to protecting victims of alleged acts of domestic violence.

If your spouse or ex-partner alleges that you are stalking them, you might wonder if that constitutes domestic abuse or if you could be arrested for such.

Domestic abuse is not just physical violence—it can also be emotional and psychological. Therefore, stalking might be considered a form of violence when taken in certain context.

The National Coalition Against Domestic Violence defines stalking as when an abuser acts in a way to intentionally create fear of harm or death. A person may make the victim feel as though they will be hurt or injured, or that their abuser will kill them. The abuser may also instill fear that they will harm other family members.

Abusers who stalk to terrorize or threaten a victim might create severe emotional distress, which is illegal and partial to criminal charges.

Law enforcement considers stalking a serious offense, and it is a scientifically proven indicator of other violent forms. In fact, 81 percent of women who were stocked by a current or former spouse were also physically assaulted by that partner.

Per North Carolina Statute Section 14-277.3A, anyone who intrudes into someone’s private life and creates a long-lasting impact on their life could be arrested and charged with stalking. Also, creating a fear for the victim’s safety or creating substantial emotional distress through continued harassment constitutes stalking.

How Stalking Ties into Domestic Abuse

To be charged with domestic abuse and stalking, the domestic relationship must be established. Stalking a person who is not considered part of a “domestic” relationship would not result in domestic violence charges. However, you could still face stalking charges.

In North Carolina, the law defines a “domestic relationship” as:

Per the NC Statute Section 50B-1, domestic abuse involves three types of acts. Committing any one of the three acts mentioned above might result in a domestic violence charge.

Most importantly, the statute specifically for domestic violence mentions the statute rules of stalking. Therefore, they are entwined with one another, and a person could be charged with stalking and domestic abuse–two severe criminal charges.

Domestic abuse and stalking penalties can range from a few days to a few years in prison, depending on the circumstances and severity. Therefore, this is not a minor criminal offense.

Domestic abuse cases often rely on the testimony of the victim; therefore, it is common to see instances where a victim will allege abuse or stalking without the defendant committing them in the way they are accused.

If you have been charged with domestic abuse, it is imperative that you contact a criminal defense attorney from DeMent Askew immediately.

Contact our offices now at 919-833-5555 to schedule a no-obligation meeting with a lawyer, or inquire online.