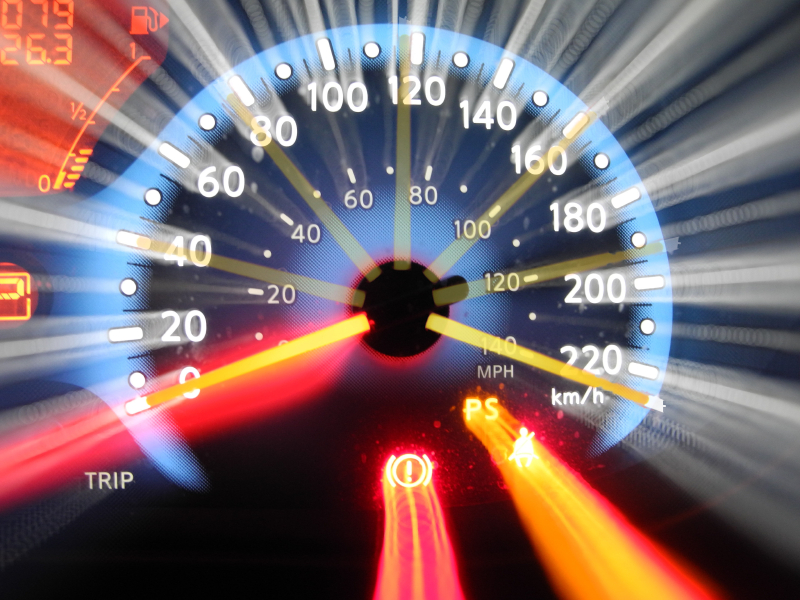 A study performed by researchers at Purdue University discovered that people aren’t concerned about the consequences of speeding, but they do care about getting caught. While this may not seem like a groundbreaking discovery to some, it does shed light on driver behavior and thought patterns.

One of the key findings of the study is that most drivers don’t think that the posted speed limit has anything to do with the rate at which they can safely travel. Instead, they consider posted limits to be politically-motivated, and look to other sources to determine a safe speed. Interestingly, this usually means they consider how fast they think they can drive, without receiving a ticket.

Overall, 79% of study participants felt that exceeding the speed limit was safe, even at 10mph over the posted limit. A whopping one-third said 20 mph over the limit was safe. Moreover, many drivers don’t change their opinion on safety even after they’ve been ticketed. Those surveyed who had received a ticket in the last year were 25% more likely to go 20mph or more over the limit while driving.

Young Men are Most Likely to Speed, But Every Group Does It

Unlike other offenses, there isn’t a single demographic that accounts for most incidents across the board. While young men are generally frequent flyers, the most-likely candidate varies by region. The major contributing factors still include gender and age, but can also extend to ethnicity and whether the individual has been stopped before.

Traffic Violations Can Cost You More than Cash

If you get a speeding ticket in Raleigh, the costs can be massive. Although some violations involve smaller fines, others climb well into the hundreds. Moreover, they also have the potential to cost you your license, your insurance coverage, or even your job.

Speed-Related Fatalities are on the Rise

Whether it’s related to driver attitude or something else, the National Highway Traffic Safety Administration (NHTSA) reports that fatal collisions involving speed has risen 2% in the most recent reporting years. It’s involved in 30% of all collisions, costs 40.4 billion dollars annually, and takes over 10,000 lives every year.

Obviously, it’s far better to drive safely, and follow the posted speed limits. However, if you’ve received a ticket, it can haunt you for a long time. Many people pay their fines online, not realizing that they’re pleading guilty by doing so, just as if they had appeared in court. Be aware of your rights, and don’t plead guilty without first consulting an experienced lawyer. Our team has been serving the residents of Raleigh and surrounding areas for over 40 years, and we can help ensure your case is handled justly, and that you’re not saddled with unfair charges. Although we can’t make every ticket go away, we may be able to have your charges reduced, if there’s cause. Please contact us using our online form or speak to one of our attorneys directly by calling 919-833-5555.