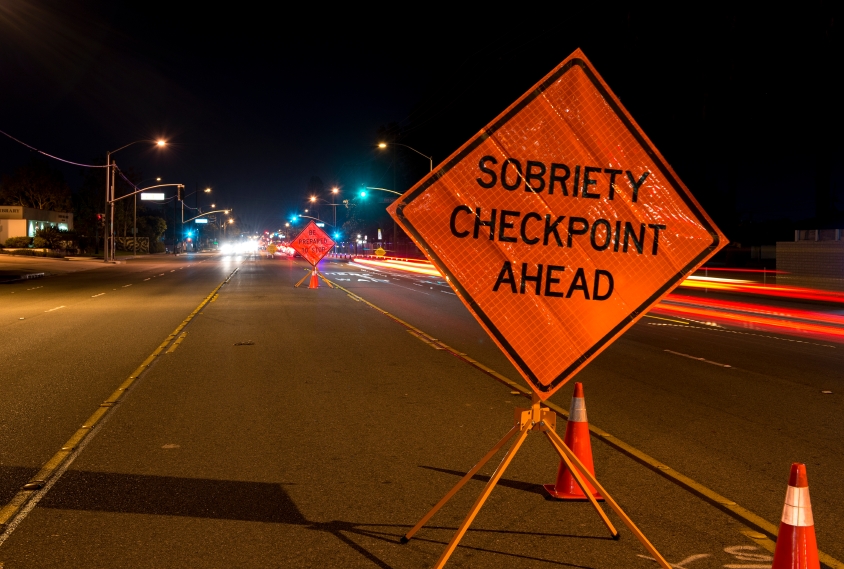 The topic of sobriety checkpoints in Raleigh is always a heated one. On one hand, proponents of them conclude that they help keep drunk drivers off the road. On the other hand, those against them claim they are ineffective and often argue that they’re intrusive, or area violation of their rights.

Scope of the Problem

The CDC reports that approximately 30 people die every day in the United States due to a drunk driver. That works out to about one death every five minutes. They don’t have a total number of injuries caused by drunk drivers listed, though it is undoubtedly high. On top of that, these accidents cost more than 59 billion dollars every year as well.

Booze It & Lose It

North Carolina’s answer to the problem is the Booze It & Lose Itcampaign. It’s designed to raise awareness on the issue in the hopes that more people will realize the consequences of drunk-driving and choose to stay sober or find an alternate mode of transportation. From October 31, 2014 to November 2, the state ran a massive Halloween campaign which utilized 1,701 checking stations and saturation patrols. Over the three-day period, 583 people were arrested for drunk-driving. Wake County had 69 DWI arrests, which was the highest number recorded out of all the counties in North Carolina during that time-span.

In a day and age where technology rules, some people claim that sobriety checkpoints are useless. Even if a municipality can keep the location and time of one secret, Twitter and other social media outlets begin alerting other drivers almost immediately. While some areas have adjusted their technique and keep an eye on social media and move their checking stations once word gets out, that doesn’t work in North Carolina due to the regulations involved in setting one up. However, these stations do generate a lot of awareness regarding the drunk-driving problem. When they’re paired with saturation patrols and a campaign, as North Carolina did on Halloween, they’re highly effective. The overall goal is not to have DWI arrests, but to make sure people know there is a problem and consequences, so that they alter their behaviors. It’s also worth noting that the legality of checking stations has been called into question and the Supreme Court upheld the ruling that they are constitutional.

If you come across one of North Carolina’s checking stations, there is no rule or regulation which states you can’t turn around or divert your course. Law enforcement has been specifically instructed not to follow people for simply avoiding one. However, if you choose to do so, you’re probably more likely to be observed more carefully for signs of drunk-driving or other unlawful behavior.

If you or a loved one was arrested for DWI or cited at one of North Carolina’s checking stations, it’s wise to obtain legal advice as soon as possible. There may be lifelong effects from it, and you will need an experienced lawyer on your side to help protect you. Our team specializes in DWI law and we understand all the intricacies involved. With proper defense, you may be able to have your charges reduced or even dropped. For a free case evaluation, please contact us using our online form or call 919-833-5555 to speak directly with an attorney.